Discover St Agnes: Explore our Past

While you stay with us at the Beacon Country House hotel, St Agnes is your home.

In order to know just where to start exploring our beautiful village, you need to know about everything it has to offer. Whether you visit us to enjoy breathing in the salty air on long coastal walks, or prefer to dive straight into the water and feel the salt on your skin, there’s so much of St Agnes for you to discover.

Although it’s you, our guests, who now give St Agnes the lifeblood it needs to thrive, in the past it was miners not tourists who filled the village, and the footsteps of giants that left imprints on our beaches.

The Treasure of Tin

St Agnes formed around the working mines and from the 1830’s to the 1870’s, the abundance of tin in the mines meant that the village’s economy was booming.  It was only when the price of tin began to drop in the 1880’s, that the industry started to decline. Relics of the mining history are still dotted around the coastal paths, giving you plenty of chances to imagine the miners extracting tin from the rocks beneath your feet.

Today, you can visit the Blue Hills tin mines to experience firsthand how the Wills family still actively mine the land for tin by using an ancient method involving hand tools. The craftsmen at Blue Hills source collect and treat the metal to produce handcrafted gifts – the perfect momento for you to take home.

Legend has it that St Agnes was also home to Bolster the giant, who fell in love with a beautiful maiden called Agnes. Bolster was determined to take Agnes for his own, and followed her wherever she went, refusing to take no for an answer. Agnes wasn’t interested in the married giant, and had no interest in his pining. Eventually, Agnes realised she had to do something to stop Bolster’s pleas. She told him that if he could fill a small hole in the side of the cliff at Chapel Porth with his own blood, she would agree to his wishes, and would be his.

Bolster was a huge giant whose two feet could stretch from St Agnes Beacon to Carn Brea, so he knew filling a small hole would be an easy task. He cut his skin and began to bleed into the hole, but rather than filling up, it simply ran down into the sea below. Agnes knew the size of the hole was deceiving, and she simply waited as the giant refused to give in. Bolster began to grow weaker and weaker, until eventually he took his final breath. It is said that you can still see Bolster’s blood stain in the cave at Chapel Porth. The legend of Bolster still lives on in St Agnes: if you visit us in May, you can enjoy the St Agnes Bolster Festival on the bank holiday weekend, or join us in August and watch as Bolster leads the St Agnes Carnival!

Visit the 18th Century with Poldark and St Agnes

Take a trip back in time with Poldark’s St Agnes, and take a look at the stunning scenery used in the recent TV adaptation of Winston Graham’s novels. From Chapel Porth you can enjoy the breathtaking scenery and panoramic views of unspoilt coastline and historic ruins that were used so frequently in the show. Feel the wind whipping through your hair as you gallop with Poldark along the sand.

To truly appreciate both the historical and mythical past of St Agnes, you can take a stroll along our spectacular coastal paths. Begin in Trevaunance Cove and start walking along the South West Coastal path to discover our beautiful beaches. Take a snapshot of St Agnes Beacon, St Agnes Head and the Wheal Coates Engine House – ruins that have UNESCO World Heritage site status. All the while, you will have spectacular views of the Atlantic Ocean.

Visiting St Agnes is like stumbling across a gold mine… the more you discover, the more you want to find! Our rich culture and heritage is just one reason for you to come and explore. Follow Poldark’s journey, visit our mining past and try to imagine Bolster standing proud on St Agnes Mount…

Make the Beacon your home when you stay with us and explore everything St Agnes has to offer! 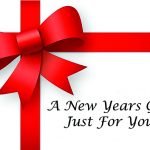 Stay for 4 Nights Pay for 3

Spring Offer We would like to thank you so much […] 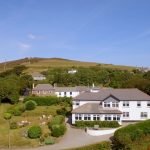 The Beacon New Year Newsletter Well what a rollercoaster of […] 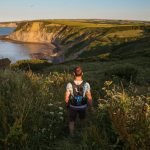 Two of our Favourite Walks from The Beacon Hotel

Situated on the beautiful North Cornwall coast the Beacon Country […] 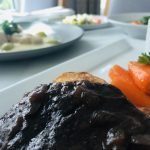 During this strange and confusing time, food is a comfort […]

Yet another great stay

Been 4 or 5 times, nothing much changes except for redecorating. A really ‘Family run’ hotel. Small, quiet, excellent location, very good food & rooms. All the staff, mainly the family, make everyone welcome, nothing is too much trouble and their attitude is friendly, relaxed & courteous. If you want lots of activities & a…

Signup for our BeaconHub Newsletter

Do you want to explore St Agnes and greater Cornwall, but maybe you don't know where to start?
Or, perhaps you're looking for the latest information on events and offers? Let us help you. Signup today!

Something went wrong. Please check your entries and try again. 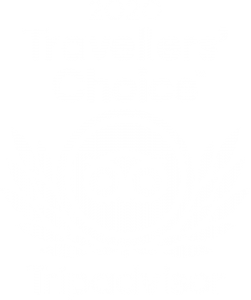 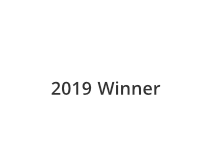